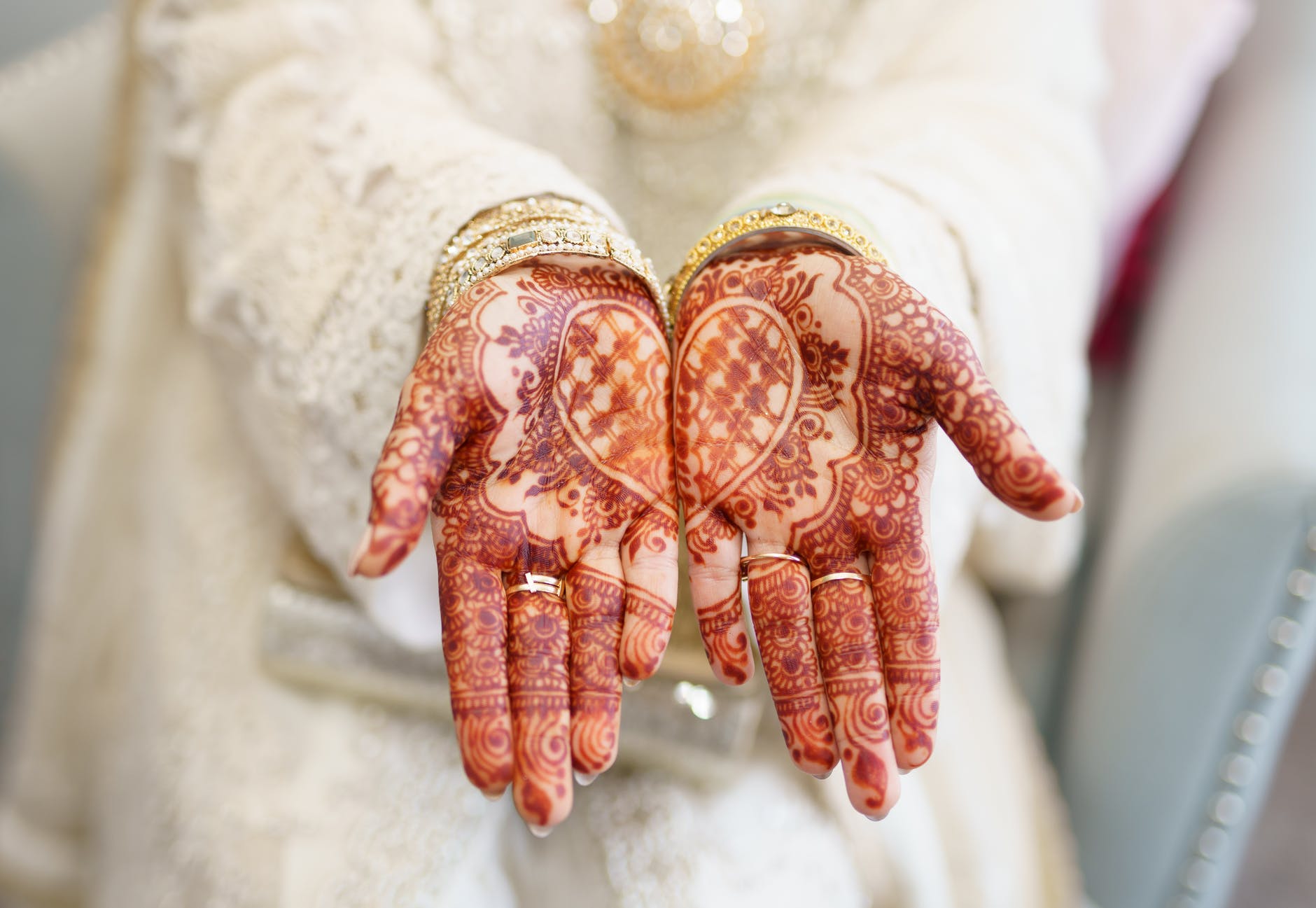 Henna is also a term for the impermanent body art created by the pigments coloring the skin. Henna stains last for a few days after reaching their peak color, then gradually fade away due to exfoliating, usually within the first to 3 weeks.

There are numerous varieties and patterns to choose from. Women normally use mehndi (henna) designs on their hands and feet, however, some of those, such as cancer sufferers and women with alopecia, use it on their scalps as well. Henna is often brown, however other design colors such as white, red, black, and gold are occasionally utilized.

Mehndi is a traditional art form that is widely practiced in India, Pakistan, Bangladesh, Nepal, and Afghanistan. It's most commonly used at weddings.

A plastic cone, a paintbrush, or a stick are commonly used to apply mehndi paste to the skin. The henna paste will harden and crack after around 15–20 minutes, at which point a mixture of lemon juice and white sugar can be sprinkled over the henna pattern to remoisten the henna paste and make the henna stain darker. To lock in body heat and create a more intense color on the skin, the painted region is wrapped in tissue, plastic, or medical tape.

The paste is kept for two to six hours, or even sometimes longer, before being removed (this is not a conventional practice). The mehndi design is bright to dark orange when first applied and progressively blackens over the period of 24 to 72 hours as it oxidizes. The finished color is brown in color that can last between one to 3 weeks, depending on the quality and type of mehndi paste used, as well as the location on the body where it has been applied. Nourishing with essential oils like olive, sesame seed, or coconut can also help the pigment last longer. Henna tattoos fade as a result of skin abrasion.